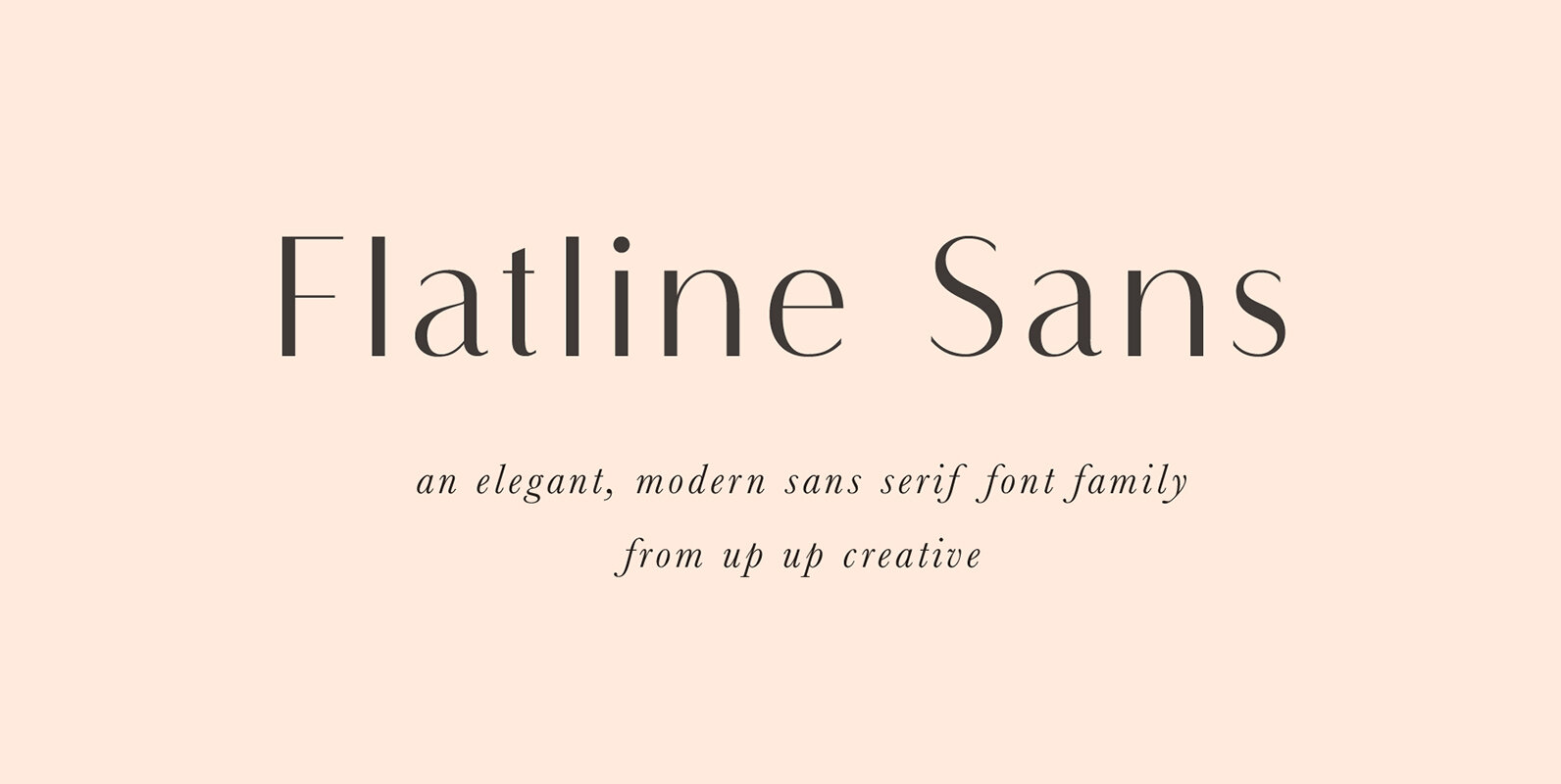 Flatline is one of our favorite and most popular fonts, and in 2021, we've made a HUGE update (which includes five new weights). That means there are EIGHT weights total, each in regular and italic sets, giving you sixteen fonts with this complete family.

The OpenType features can be very easily accessed by using OpenType-savvy programs such as Adobe Illustrator and Adobe InDesign. (You can also access most most of these features in Microsoft Word and other similar programs, but you'll need to get comfortable with the advanced tab of Word's font menu.